Irkutsk is a city and the administrative centre of Irkutsk Oblast, Russia? and one of the largest cities in Siberia.
The city proper lies on the Angara River a tributary of the Yenisei, 72 kilometers (45 mi) below its outflow from Lake Baikal and on the bank opposite the suburb of Glaskovsk. The river, 580-meter (1,900 ft) wide, is crossed by the Irkutsk Hydroelectric Dam and three other bridges downstream.
In 1652, Ivan Pokhabov built a zimovyo (winter quarters) near the site of Irkutsk for gold trading and for the collection of fur taxes from the Buryats. In 1661, Yakov Pokhabov built an ostrog or small fort nearby. The ostroggained official town rights from the government in 1686. The first road connection between Moscow and Irkutsk, the Siberian Road, was built in 1760, and benefited the town economy. Many new products, often imported from China via Kyakhta, became widely available in Irkutsk for the first time, including gold? diamonds? fur? wood? silk and tea. In 1821, as part of the Mikhail Speransky's reforms, Siberia was administratively divided at the Yenisei River and Irkutsk became the seat of the Governor-General of East Siberia. 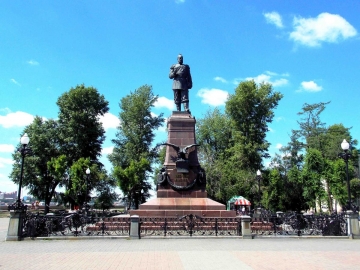 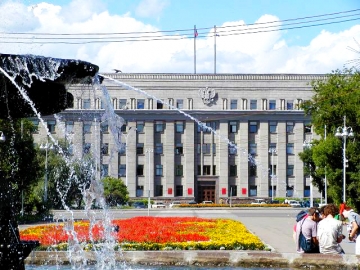 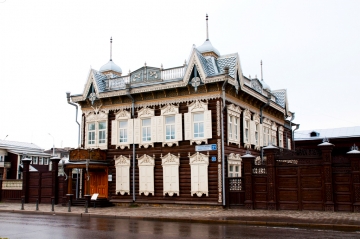 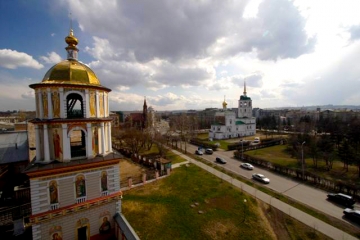 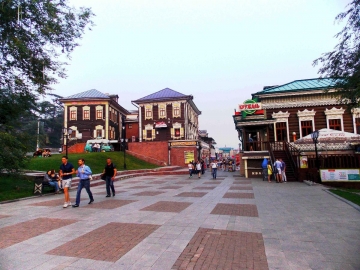 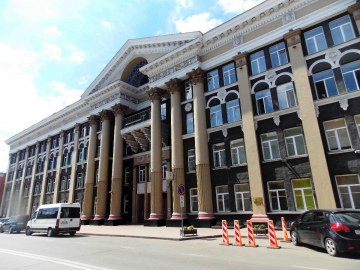 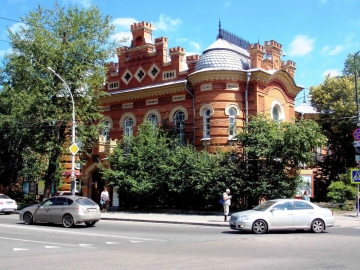 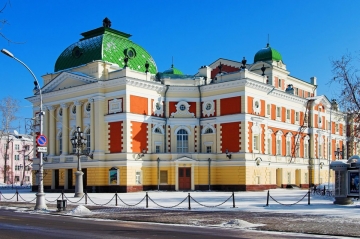 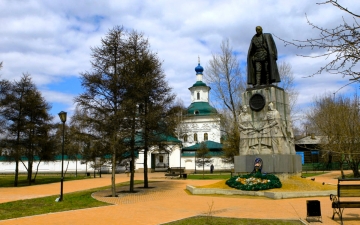 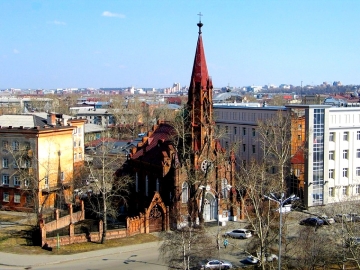 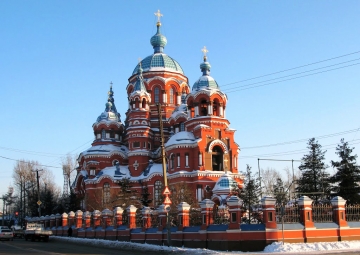