It is a unique architectural structure on the shores of Lake Baikal, a monument to engineering and scientific thought of our ancestors. At 38 CBRY used tunnels total length 9063 m (the longest of them - through the tunnel cape half the length of 777.5 m), 15 stone galleries total length of 295 m 3 of concrete and galleries with holes 248 bridges and viaducts, 268 retaining walls. 90-kilometer section of the road Port Baikal - Slyudyanka laid on the southwest coast of Lake Baikal.

This is the most expensive and most beautiful railway, which was built from 1896 to 1900 architects and engineers from Russia, Italy, Latvia, Poland and Albania. To break through the road along the shore of Lake Baikal, across the slopes of the Primorsky ridge, we had to build 39 tunnels, 16 stone galleries and 248 viaducts and bridges. Thanks to the work of Italian architects who worked on the construction of bridges and viaducts, the road is the best fit into the landscape of the vulnerable nature of Baikal and gave him a kind of alpine flavor. After entering the Irkutsk hydroelectric station of the Trans-Siberian railway, built on the bank of the Angara, it was flooded, and the modern section of Circum become a dead end.

Circum-Baikal Railway - a place of pilgrimage for tourists, artists, scientists, athletes. People come here from all over the country to admire from the window of Baikal tourist train and the surrounding natural monuments. Travel Baikal railway starts from the station of Slyudyanka-2 to Baikal station and 84 kilometers from the station. Baikal to the station. Kultuk are historical and architectural monuments. Now Circum are four stations, one patrol, 38 tunnels and 16 galleries. The longest tunnel passes through the cape half, length - 777.5 meters. Go to one or two-day tours of the Circum-Baikal can be on the "Circum-Baikal Express" luxury electric train, and on an old steam train "Baikal cruise" time road construction. 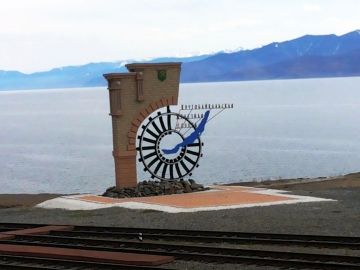 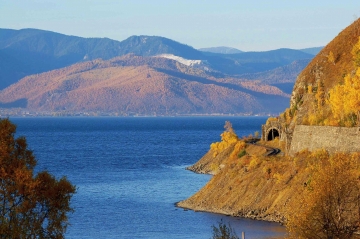 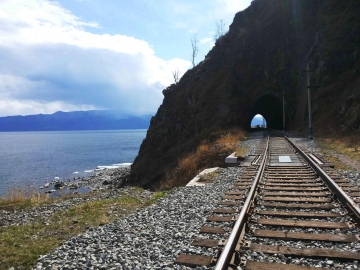 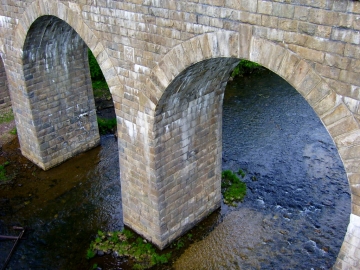 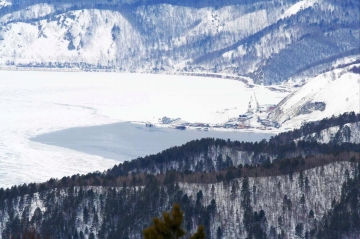 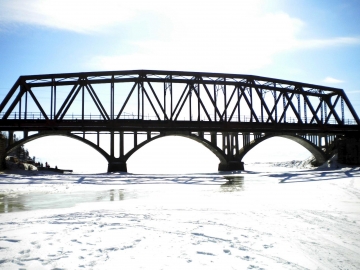 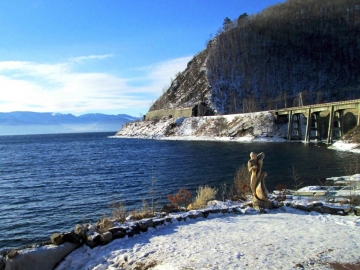 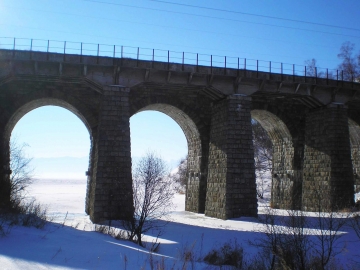