Shaman - the most famous rock of lake Baikal, it is represented in almost all the calendars, souvenirs, postcards, dedicated to the Great Lakes. Cape Burhan on Olkhon is (popoluyarneyshee vacation spot for most tourists buy tours to Baikal), not far from the settlement of Khuzhir. Cape crowned by two marble cliffs, hidden inside a rock cave small through - Shamanic.

In ancient times, Shaman was the place where shamans sacrificed owner Olkhon Ugute Noyon, who was believed to dwell in a cave Cape. The local population is extremely passionate about and relate to this mystical place. It is thought that by the rock you can not pass Shamanic RV, but only on horseback or in a sleigh; if in one of the families of the deceased have, the members of this genus are prohibited to pass by the Cape for some time. Not like Olkhonskiye residents and the many brave men who are trying to conquer the shaman. Spirits Burhan solidarity with them and periodically latter-day climbers fall from the rocks and broken to death.

Cave Shamanka as the cape itself, revered by all Buddhists, once Lama used the cave as a sanctuary, it is surprising, but in a cave for some time, even an icon of Nikoly Chudotvortsa. Many believe that Burhan near the tomb of Genghis Khan. Inside the cave you can see the shaman rock painting shaman with a tambourine and a mallet and other paintings of ancient peoples. 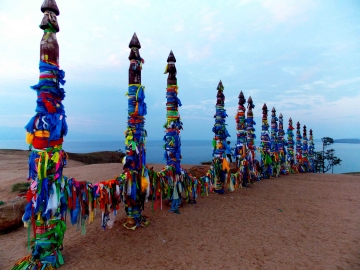 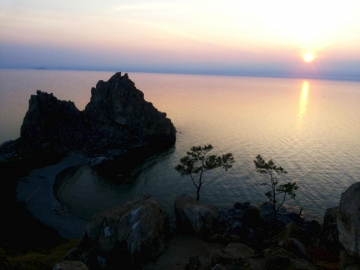 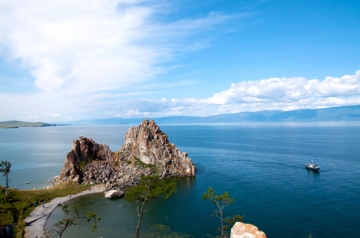 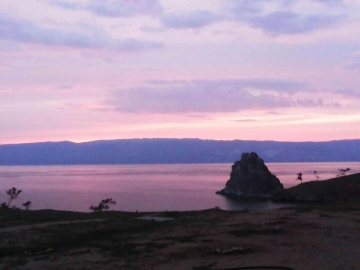